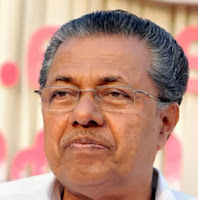 Sri Pinarayi Vijayan had submitted a plea asking his name to be removed from the list of alleged offenders in the case. In his plea, Pinarayi has claimed that he was framed in the case and that his name was added to the list of offenders without evidence and supporting documents. He also claimed that all allegations against him were baseless.

The case in question involves alleged corruption of about Rs 86.25 crores in the Panniyar, Chengulam and Pallivasal hydroelectric projects. Pinarayi is the seventh accused in the case.

Earlier Pinarayi had pointed out that it was nowhere mentioned in the chargesheet against him that he had made financial gains from the scam. The case was registered against him for criminal conspiracy, he said.

At last the case has come in favour of CPM and Sri Pinarayi Vijayan. This is an entry ticket to his candidate post for Parliament.